Andrew Myers: Service to the Community

Andrew Myers: Service to the Community 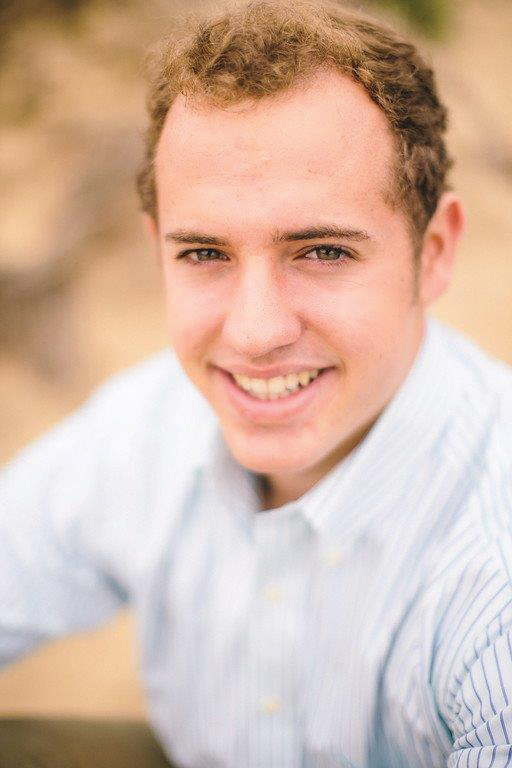 Volunteer tutor. Eagle Scout. Captain of the varsity tennis team. President of the St. Joseph High School underwater robotics team. These are just a few of Andrew Myers’ accomplishments outside of his academic achievements, which are also impressive—Andrew consistently ranked as one of the top three students in his school every term.

“For me, community service wasn’t about recognition,” explained Andrew. “It was a way to learn and develop skills and leadership qualities; but most of all it was about helping people. I saw how my actions affected them personally.”

One of Andrew’s favorite experiences was organizing the Wiser Worker Job Fair to help match local seniors with employers. It was the most challenging task he’d ever attempted, but incredibly rewarding, especially when a veteran in a wheelchair acknowledged him after being hired for a new part-time job. “He said, thanks to me he’d be relevant again.”

Andrew’s work with seniors and veterans will continue as a biomedical engineer major at Cal Poly, San Luis Obispo in the fall of 2016. Thanks to their QL+ (Quality of Life Plus) lab, he will be on a fast track to his chosen career, robotic prosthetics. In the lab, engineers will be tasked with creating devices for disabled veterans to assist them in their daily lives.

As with many students today, when Andrew first considered going to college, his first thought was how he would pay for it. “That would mean I’d be in debt,” Andrew remembered. “And it would be constant stress for me and my parents.”

Andrew received the Floro Scholarship, a legacy gift from Gwendolyn Floro through the Santa Barbara Foundation, which requires the recipient to have completed over 200 hours of community service, as well as having a minimum GPA of 3.5.

Because of the scholarship, Andrew hasn’t had to take on student loans, and without that stress, he’ll be focusing solely on his education.

“Receiving the scholarship wasn’t just about the money,” he emphasized. “It was an honor. I was proud to see my accomplishments recognized, to know that they meant something.”